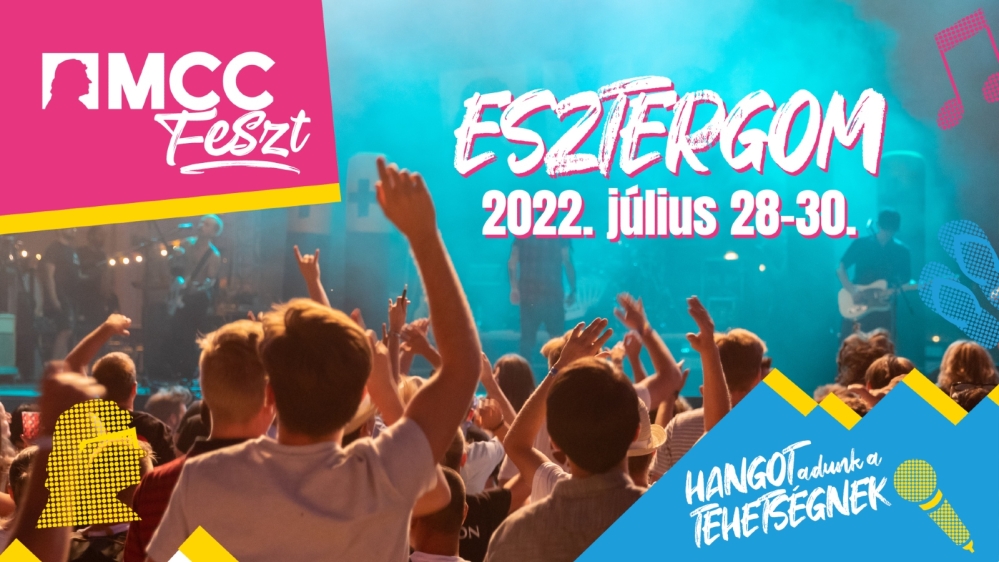 MCC Feszt | News | Three days of culture and party in the heart of Esztergom MCC...

The best Hungarian bands, renowned international and national experts, and interactive programs, are all set against the magical backdrop of Esztergom, the historic jewel of Hungary. This is what awaits visitors at this year's MCC Feszt to be held between 28-30 July.

Last year, the first edition of the unique professional and musical festival organized by Mathias Corvinus Collegium (MCC) was a huge success. In 2022, Esztergom, the capital of the Danube Bend, will once again provide a venue for the MCC Feszt. Visitors to the three-day event can expect an even more ambitious program, leading experts, and the best-known Hungarian bands and artists. Performers at the festival include the world-renowned urban studies theorist Richard L. Florida, John Vervaeke, Professor of Cognitive Science at the University of Toronto, and the bands “Margaret Island”, “Irie Maffia” and “Follow the Flow”.

Last year's MCC Feszt attracted 12,000 visitors over the three days. A total of 106 public speakers, 105 stage events and 37 exhibitors awaited the participants. The first MCC Feszt has marked a milestone in the field of entertainment and talent promotion in Hungary, as this was the first time that the public had the opportunity to see so many professional, public and cultural events as well as exciting presentations by foreign academics, journalists and public figures in one bundle.

This year, the MCC is raising the bar even higher: visitors to MCC Feszt 2022 can expect the best experts and the cream of the Hungarian music scene. At the same time, the MCC Edu Promenade will feature the full range of MCC training programs and related professional institutions and our partner organizations. This year's event will again host a number of foreign speakers, including John Vervaeke, Professor of Cognitive Science at the University of Toronto, who has released a 50-part lecture series on the meaning of life on YouTube, which has generated 150,000 views worldwide. John Vervaeke has a vast encyclopaedic knowledge in anthropology, cultural history, neuroscience, AI research, linguistics, psychology and philosophy, among others, which enables him to shed light on new perspectives. Festival participants will also have the opportunity to meet the American urban studies theorist Richard L. Florida, Professor at the Rotman School of Management and NYU School of Professional Studies. Florida holds a PhD from Columbia University and taught at Heinz College in Pittsburgh before joining George Mason University’s School of Public Policy and Government. In March 2011, he was appointed a Senior Editor of The Atlantic after serving as a correspondent for theatlantic.com for a year. The journalist Mary Harrington, editor of the British digital magazine UnHerd and a regular contributor to the Times magazine, will also talk to the audience about feminism, one of her favorite topics.

This year as well, the unique three-day talent festival will offer exciting professional events and entertainment for all ages. Speakers will share their thoughts about, among others, the balance between career and family life, journalistic objectivity, the changing political landscape after the elections, the role of women entrepreneurs in the start-up world, the emergence of tradition and progress in architecture, and the secrets of the success of Hungarian films and wines.

As in last year, the Festival program will be mostly free of charge. However, if you want to enjoy all the concerts and parties, as well as extra discounts and services, you can complete your MCC Fest experience by purchasing an MCC Feszt Pass. For more information about the Festival, please visit the official website of MCC Feszt. MCC Feszt – We give a voice to talent.